Sailing into a Data Career: An Interview with Brad Stansbury 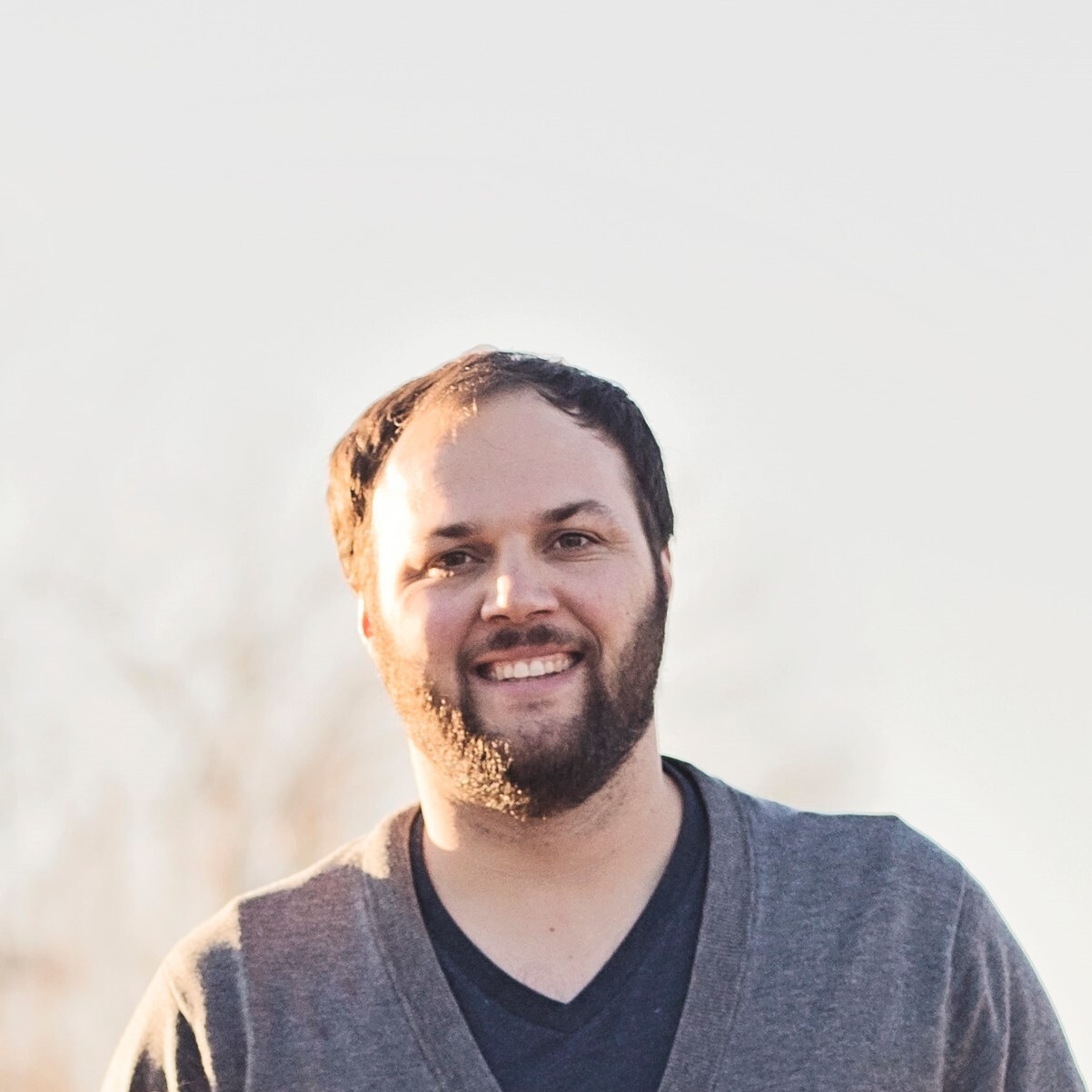 Brad Stansbury's story illustrates two important lessons about data analysis: first, transitioning to it from other fields is not only possible but common. Second, if you have the right attitude, whatever experience you've gained elsewhere can come in handy.

After receiving a degree in math and actuarial science from Colorado State University in 2010, Brad faced a market still recovering from the 2008 financial crisis. He ended up doing phone sales for two years. "It was a bit of a shock to me, but that was the only job that was available," he says.

But hindsight is 20/20. Brad now understands that that less-than-glamorous job helped prepare him for his current position as a healthcare consultant, which, before Covid, involved traveling to hospitals to make data requests — "soft skills workouts" that he describes as the most challenging part of his work. "My paycheck was literally tied to being able to talk to people. That's something that I wouldn't give up, even though it wasn't the most fun job."

Brad sat down with Practicum to tell us about how he hung up the phone and started crunching numbers, why pretty colors are useful, and how analyzing a little data can prevent you from throwing away a perfectly good computer.

Practicum: How did you transition from phone sales to analysis?

Brad Stansbury: Well, I stayed with Dish Network, but I went to their corporate office to do market research. That gave me a new perspective on data, because market research is incredibly soft. Surveys and focus groups are the two primary data sources. While I was brought in to do number stuff, my duties shifted to data analysis on focus group responses. There were 20 responses — all anecdotal and small. From there, I went to an auditing company, and we looked at cable data with massive datasets — the opposite of market research data. We did hard Excel work all day, every day, on million-line Excel files, in part because the company didn't have the technical people to set up databases. Then, I went to work for the state [of Colorado], where I got plugged in directly to a database, working in Oracle and Steeple all the time. I did that for about four years before starting this new job in January.

It was nice to get that perspective — that this is the range of data quality, these are the skills that I need. It made me realize that it's important to understand quality, where the data came from, and how it was input — the sorts of things you don't worry about when you're in school. You get some data from your professor, and you don't have to think, "Was this input by a person on the other end? Or did it come directly from a measurement that was taken?"

PR: When you were working for the state of Colorado, you performed analysis to help set Medicaid reimbursement rates. Did that give you any insight into the debate surrounding medical insurance in the U.S.?

BS: Yeah, it gave me some opinions on it, though, in the end, it still comes down to people's personal beliefs. I try not to be an evangelist for any of my viewpoints. Some people say they don't like Medicaid because it's young people leeching off the economy, or something like that. But I knew based on the information that I had that most dollars were spent on the elderly or disabled. We knew that there was a high level of churn for people on Medicaid: many people who went on Medicaid were off it within six months. But that's about as much perspective as I can share. I like to keep some things to myself.

PR: It's probably good not to have the urge to pontificate. And ultimately, data analysis is about setting your opinion aside and seeing what's actually happening.

BS: People don't generally do that. That's something I didn't like about my market research job. The numbers were soft, and because of the way we were doing the research, my boss would often ask people what they wanted the answer to be before doing anything. That seemed to be the exact opposite of how data scientists, or any scientists, should do it. They should look at things and say, "What's the problem? Let's figure out what the responses are, what the answers are." Don't tell me what you want the answer to be before I figure it out for myself, because that's not going to help anyone in the long run.

PR: When you were studying, did you know that there was a field called data analysis?

BS: No. I mean, I knew that there were people who did data analysis, but I didn't understand the breadth of what the job entailed. That would have been nice to have a perspective on.

Since then, I've also realized that analysts aren't just these nerds who live in Excel spreadsheets and SQL and look at computer screens all day and send off reports. I think that's traditionally what some people thought data analysts did, but I think there's a lot more translation and communication, stuff like that, that adds value. And there's a need: not just for people who pull data, but also for people who can translate that data — that's just as hard.

BS: Given my math background, I like the idea that you're looking for answers to simple questions. With math, it's "What's two plus two?" The answer is four; no one can deny that. With data, you're trying to boil a question down: what are we trying to find out? And then you answer it.

I recently did a project. There was a client that came to us and asked for help planning. They said the state was making them decide between Program A and Program B, but they had no insight. I was able to pull something together. It was quick, not a perfect answer, but at least I could give some context and say, well, they look pretty similar. Dollars and numbers-wise, the decision wasn't clear, so I told them they should decide based on other factors. In that case, I couldn't answer the question with numbers, but I could simplify the decision a bit for them. That kind of thing is my favorite part of the job.

PR: Is there anything you don't like about the field?

BS: Communication can be tricky. Sometimes people have preconceived notions about what the response should be, and so no matter what the numbers say, they're not going to take that into perspective. Some people don't have a need or desire for data analysts. They give you a question, you give them the numbers, which are then ignored. I think that's maybe the worst part. And for someone who's social, it can be lonely sometimes. I probably work by myself 70 -80% of the time. For some people, that can be hard.

PR: So working alone weighs on you, and communication can also weigh on you.

PR: Do good visualizations make a difference in terms of getting through to stakeholders?

BS: I used Tableau a lot at the state, which helped because people can wrap their heads around a graph instead of just seeing a spreadsheet with numbers. And I'm trying to learn Power BI because that's the tool my current company has, but I'm not super good at it. For a lot of the analysis that we do, I've been starting to use just colors. For that project I was talking about, deciding between two programs, I used red to show that the number was "bad" and green for "good." So, we've got columns like "green, red, green, red," and people say, "Oh, that makes sense. That's positive, and that's negative" — it's a universal language.

PR: Do you have any advice for people trying to enter the field?

BS: I think that being able to ask questions, which for me used to be hard, is essential. Also, get a wide range of answers from different people — different perspectives are good for growth.

But at the same time, when you come to something a little challenging, I think there's a huge value in googling it or re-evaluating things on your own.

Also, if you work for a big company, sometimes you can look within the company to get some sort of résumé booster, like taking internal training. Having something on your résumé, outside of your workplace responsibilities speaks to your dedication and work ethic. I mean, if I were looking at a résumé, and I saw that you were working as a janitor, and then you also took a class outside of that, that'd be a big plus.

PR: Have you ever done analysis as a hobby?

BS: Not a whole lot. My hobby is music, and when I buy and sell gear online, I track prices to see if I'm getting good deals, but it's nothing complicated. Once, I even tracked the temperature of my computer. I thought maybe there was something seriously wrong with it, but I ended up fixing it by cleaning out the dust and putting some thermal paste on the processor.

If Brad has inspired you not to throw away your computer and to consider a career in data analysis, don't hesitate to check out our Data Analyst course. It's free to start!