Getting Back to Business: Practicum Grad Pinwei Wu Talks Relocation, Returning to Work, and Web Development

Ten years after leaving the workforce to raise her two young children, Pinwei Wu discusses her decision to return and acquire an all-new skill set. 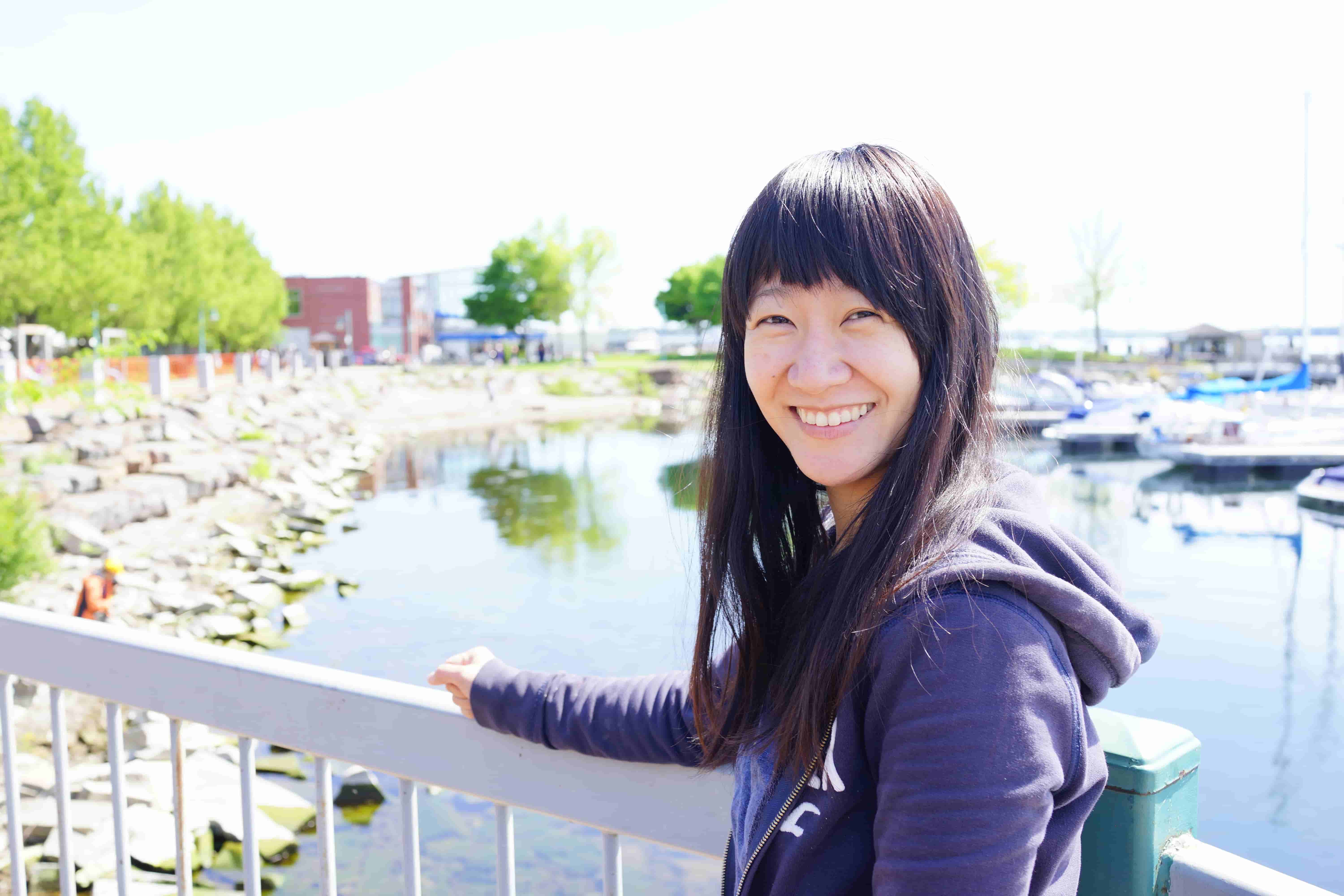 While the path to one’s dream job can be short and straightforward, oftentimes it’s long, confusing, and borderline torturous. However, no need to despair: the sun always lurks behind the storm clouds, and our graduate Pinwei Wu has proven this time and again. Her journey began over ten years ago when she left her industrial engineering position in Taiwan to move to the U.S. and focus on bringing up her two children. Seven years later, she felt ready for a change and decided to return to school.

In just ten months with Practicum, she adopted a new skill set: web development. Combined with her dedication, her new skills helped her win a highly competitive race to land her dream job. How did she do it? Here’s her story.

If you asked Pinwei Wu ten years ago where she saw her career going, web development would probably have been the last thing on her mind. After getting two degrees in Physics in her native Taiwan, Pinwei went on to be an engineer at one of the leading Asian optoelectronic companies. After one and a half years of designing LCD panels, she moved to the U.S. with her family and became a full-time mother. However, after seven years at home, Pinwei was getting a bit tired with the routine and decided to go back to school.

“I’d always wanted to go back to my career. I felt a little bored at home with kids, and I thought I had potential because I was smart and adaptable. So I did some research about what kinds of opportunities I could get into.”

She didn’t need to search for long: her husband worked at a university that had a good Master’s program in Statistics, which Pinwei realized could also become her gateway back into science. Yet what initially seemed like Pinwei’s destination appeared to be just a turn on her path.

Once she graduated from her second master’s, she went on to do a research internship at her college’s medical center. She conducted cancer-related data analysis and put it online. While this project could have led her to a stable job, her plans soon changed. Her husband got a job in another state, causing their family to relocate once more. The new opportunity brought a new challenge — she didn’t have American citizenship yet, and she would struggle to find a data-related job without it in a town where most jobs were in the military.

Luckily, Pinwei had a plan B. During her internship, not only had she worked with stats and data analysis but also websites. “One of my projects was to help make a website and put cancer data on a map for the public. I thought it was very interesting that I could show all my data analysis to the public very easily through the web. I thought that was exciting, so I started looking for a job and programming courses online at the same time.”

She had already dived into Python and JavaScript tutorials when a Practicum’s ad caught her eye. Pinwei decided to give it a chance: “I just signed up to see how it would go, and I think it went very well,” she says.‍

Although Pinwei was new both to web development and creative jobs, she discovered that the more she learned, the more she liked it. She enjoyed building things from the ground up and finding different ways to do it.

“When I jumped in, I didn’t know anything, but as I became more familiar with web development, I liked it more than the data side. I like to build and share, and with web development, I could build things myself and easily share what I built with others. I love to learn and grow, and web development gave this opportunity to me. There’s always something new — new technology, new tools — that impresses me. It’s a very exciting field to me.”

She started the web dev course right when the pandemic began, which meant her two school-aged children had to stay at home with her. But instead of trying to cram studying in between parenting and chores, Pinwei found a solution: teamwork. “We set up a table for them next to me, so we could all learn together. There were some challenges because I needed to manage my time and multitask to take care of them, but it all turned out well. I think I set a good example because they saw me learning things and studying very hard. I was like, “Let’s finish this and we can take a break together and go outside!”

Pinwei saw that her example fostered not only discipline but also her children’s interest in programming. They were curious about what she was doing, so she showed them the lines of code on her monitor and explained what they meant.

“I think it was a good experience for all my family. My younger son is a first-grader and very interested in programming now, and I can show him what it’s like.”

The Practicum course itself was built with a lot of consideration; you study like a student, but obtain a developer’s mindset. Pinwei learned how to use all major developer tools and create every part of a website — from scratch to deployment. “After the program, I feel comfortable and confident to call myself a developer. It’s not like on Coursera where you learn just a line of code, I don’t think it makes you a programmer.” The course also helped bridge the gap that resulted from her long maternity leave. She got acquainted with practices and software that aren’t really known outside of the industry.

“I hadn’t worked in ten years, so a lot of technology is new to me. Now I know how to ask precise questions and answer questions from others. Practicum also showed me how to deal with projects that have a deadline. They really set up an environment that prepared me to work with others and be familiar with time management.”‍

As the course was ending, it seemed like Pinwei’s new career path was about to lose its momentum. Despite having a highly desired skill set, she was very new to the industry. At the time, it wasn’t working in her favor. “I was very frustrated because there were a lot of job openings but since there’s a pandemic messing things up, they all wanted someone with a few years of experience.” She joined some online groups hoping to find a loophole, but instead discovered just how strong the competition was.

Just as she was getting nervous, Practicum came to the rescue. Pinwei enrolled in Practicum’s career acceleration track where a mentor helped her put together a good resume and trained her to ace the interviews. The result was instant: she got way more feedback from recruiters and was prepared for all the tricky interview questions.

“It’s nice that I had someone to push me. I didn’t take job seeking very seriously before. I applied to 2-3 jobs a week because I researched carefully if my abilities matched the requirements, but my coach pushed me to apply to 3-5 jobs a day.”

And it worked! In just a month, Pinwei got a job that required lots of experience, but her interviewers had faith in her potential.

The portfolio she built during the course certainly helped, too. She had a set of projects ready to convince the company she was a pro at her job.

“It’s what Practicum does best — they help you build a portfolio so you can show anybody that you really know how to do it. The job I’m working for right now had only one interview, and all they did was go through my portfolio. I just let them see it and told them what I did. It really helped me.”

Now, Pinwei is a developer at Workbay — a startup company that builds a local job search platform. It helps employees with job training and resume building and connects companies with candidates in their area. She still has a lot of things to learn, especially her new company’s technical stack, but she’s eager to grow and expand her skill set.

What’s more, Pinwei wants to become a mentor to other junior engineers one day. She got plenty of support at Practicum and wants to give it back to those who are just entering the web dev field — especially women who have a career gap. “They don’t really have the confidence to go back to the workforce, even if they are very smart and did a good job in the past. If I can, I want to help people like me.”

We wish you all the best, Pinwei!

Find out more about the course curriculum and check other details here!